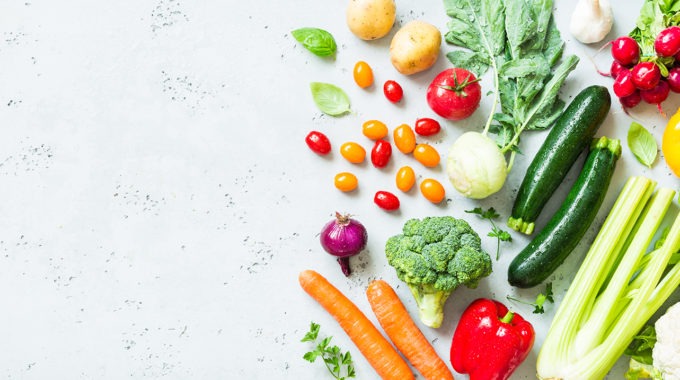 Australians have always been a generous lot. But lately, acts of giving and sharing have been on the rise, benefiting both individuals in need and communities as a whole.

On a side street by the train tracks in Sydney’s Newtown, a bright yellow cupboard stands out on the pavement. The sign on the front reads: “Take what you need, give what you can”. Inside, the cupboard is filled with bread, biscuits, canned goods and other packaged foods.

This is a “blessing box”. A small, charitable dispensary that’s been set up to allow local businesses and individuals to drop off spare items they have for people who need it. The Newtown Blessing Box was set up earlier this year on the street outside of a share house. It began after one of the housemates was moved by the sight of a distraught woman, who had missed out on accessing food at the local asylum seekers’ centre.

But it was soon apparent that one group of housemates alone was not enough to keep the blessing box properly stocked. So the women distributed pamphlets in the local area and used social media to ask for donations. The box is now regularly filled with food, toiletries and even meal vouchers from local restaurants such as Hartsyard.

With so many people now struggling financially due to COVID-19, acts of generosity such as this are a glint of light that shines into what has been a dark time for many. But Australians are well known for having each other’s backs when times get tough. According to SHARECITY100, a database that documents food sharing initiatives in 100 cities worldwide, Australia is right up there when it comes to altruism. Melbourne is ranked third in the world for food-sharing activities; Sydney is ranked at number five and Adelaide at number 13.

But it’s not just about helping those in need. Sharing food is also a way to strengthen community ties, make urban environments more sustainable and reduce waste.

Five years ago, Sydneysider Laurie Green found herself with an excess of tomato plants. She had started growing her own vegies in order to reduce her household food costs. But upon finding herself with more than her family needed, she decided to try and give some away.

“I ended up walking the streets and just giving them to people,” she says. “But I thought that there must be a much better, more efficient way to share food.”

Using the existing infrastructure of Facebook, Green set up Crop Swap Sydney in an attempt to create a food-sharing network in her local area. She has more than succeeded. Crop Swap Sydney has grown to become Crop Swap Australia – a nationwide network that boasts 35 crop swapping groups. It also has an online community of over 50,000. In the Sydney group alone, there are 6000+ members. As well as the website, Crop Swap Australia also has a Facebook page and accounts on Instagram and Twitter. Pre-COVID, Green also ran sustainability workshops at swap meets to help people live a more sustainable lifestyle.

While all the groups have an online element, Green says it’s the groups that have face-to-face crop swap meets (COVID permitting) that are the most successful.

“You can’t build community without actually meeting people,” she says. “There are so many stories that have come out of it. I had one woman contact me, who wasn’t able to have her family here. She connected with another family who she’d swapped with initially. Now she babysits for them. It’s become this very connected community.”

“If somebody is trying to grow tomatoes and they’re having issues, they can get onto Facebook and post to ask some advice,” she says. “They’ll have an answer within minutes.”

COVID has only led to more interest in crop swapping. Green has seen a big increase in community numbers, as well emails from people wanting to start their own groups.

“I think initially, it was a food security concern with all the panic buying that went on,” she says. “But also, because people have a lot more time. They’re realising the value in their neighbours; in getting to know them and being able to pool resources.”

Connecting to land, resources and each other

Community gardens have also flourished throughout Australia. They’re another valuable way to use nature and food sharing to create stronger neighbourhoods. But making the most of your urban environment is not always as easy as simply plonking some plants down wherever you like. Most available land belongs to someone, and that someone needs to be agreeable to a garden. That’s where 3000acres comes in.

This not-for-profit organisation based in Melbourne has the goal of seeing “more people growing more food in more places”. It’s been in operation since 2014, with the initial goal of influencing the regulatory environment to open up underutilised land for community use.

Since then, the organisation has broadened its scope. While community gardens are still an important element, 3000acres also provides support for people who want to grow food in their own gardens or on street verges.

3000acres has also helped to set up community composting sites, to capture the food cycle and keep it localised. People can bring their food scraps to the composting site and then, when the compost is ready, they can return to pick up a bag of compost to put on their home or community garden. The organisation also regularly runs backyard garden tours and workshops that allow people to share their knowledge and skills with others.

A bounty of benefits

One special project that 3000acres runs each year is the Olives to Oil Harvest. Here, volunteers harvest the abundance of olives that grow on trees around Melbourne.

“One of the bounties of the urban environment is the plants that already exist,” says Merrin Layden, 3000acres Projects Manager. “In Melbourne, there’s an orchard of olive trees.”

Pressing olives is rather complicated if you don’t have the required specialty equipment, or large volumes of olives, which means that making olive oil is not usually within the reach of most individuals. But 3000acres has created a partnership with Melbourne’s Barfold Olives, who press the harvested olives. The oil is then returned to the community and distributed among the people who participated in the harvest.

“People love the communal effort,” Layden says. “There’s something special about all being joined together in a project like that. It’s really beautiful.”

The lockdowns in Melbourne have put any further community events on hold for the time being. But Layden says that there are upsides to the pandemic, too.

“COVID has led to huge benefits and opportunities for urban growing and people getting back in touch with local food movements,” she says. “And what it means to feel like you might be able to provide for yourself in some way.”

One of 3000acres’ projects was facilitating access to space for a kitchen garden to grow food for FareShare, which operates Australia’s largest charity kitchens. The volunteer-powered organisation rescues and grows food and cooks nutritious meals for people doing it tough. Last year, FareShare cooked more than 3.4 million meals.

For the organisation’s Melbourne operations, around 60,000kg vegetables are grown each year at three kitchen gardens. FareShare also cooks food rescued and donated from supermarkets, food manufacturers, farmers, wholesalers and other food businesses. The majority of ingredients for FareShare’s Brisbane kitchen are supplied by Foodbank.

“All FareShare meals are given free to frontline charities such as homeless shelters, soup vans and women’s refuges,” says Lucy Farmer, FareShare Director of Community.

In late March, FareShare suspended its kitchen volunteers in Victoria and Queensland in response to COVID restrictions and to ensure their continued, safe operation. Brisbane volunteers returned to cooking on June 8; the Melbourne kitchen is currently being powered by hospitality staff who’ve been stood down during lockdown.

“Since the start of the pandemic, we’ve doubled our output in Melbourne to meet an upswell in demand for emergency food relief,” Farmer says. “Particularly from international students and visa holders who haven’t been able to access financial assistance.”

Over the course of the pandemic, FareShare has cooked around 400,000 meals for international students in Victoria and Queensland. They’ve also delivered around 50,000 meals to Indigenous communities affected by lockdowns in Queensland.

The sharing economy is thriving

Once you start to do a little digging, you can find food-sharing, waste-reducing and community-building opportunities in action everywhere. ShareWaste is an online community that connects people who want to recycle kitchen scraps with neighbours who are already composting, worm-farming or keeping chickens. It’s a rewarding way to stop food scraps from going into landfill while also getting to know the people in your local area.

OLIO is an app that allows millions of people to share food and other household items with people who need them. The app, which was originally launched by two friends in the UK in 2016, is now available in more than 50 countries around the world, including Australia.

These organisations are just the tip of a wonderfully large iceberg that is buoying community spirits across the country, and the world. While connection and kindness will always be essential for humanity to survive, at times such as this – when so many of us are feeling isolated, worried and insecure – people are becoming more keenly aware of the value of community, and of sharing what you have, when you can.

For not-for-profit organisation such as 3000acres, FareShare, FoodBank and SecondBite, donations of money, goods and time from individuals and businesses can help keep the generosity going. Feel free to show them some love.